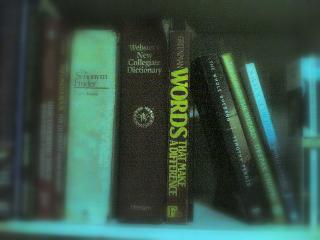 As a typical adolescent in Manila during the sixties, I envisaged many dreams of grandeur. Among which was to become a NASA astrophysicist as inspired by President Kennedy’s intrepid space program. But that soon changed into aspiring to become a journalist, inspired by my fondness for reading back issues of Reader’s Digest.

So, as a high school freshman at Mapua Institute of Technology, I attended an open invitation by the school paper, The Beam, to join its staff comprised of students. I walked in there buoyed by confidence that I would be asked to join its rank as an apprentice scribe.

The wannabes that attended, only three of us – other freshmen were obsessed with trying out for the basketball team – were asked to write something about our summer vacation past. Since such topic was a common grade school start-of-school-year writing exercise, I assumed what was wanted from us was something more cerebral; soulful, in fact.

I proceeded to write about an event that began to occur as I turned thirteen. It was about certain physical manifestations and sensations I was too afraid and embarrassed to ask anyone about. Nonetheless, the experience astonished me. To demonstrate my writing skills, I tried to be as graphic as I could; utilizing acquired English words and phrases borne by the many editions of Reader’s Digest I had immersed myself into.

A couple of days afterward, during recess, a sophomore gofer fetched and escorted me to see a member of the school paper. I was met by an overweight senior who exuded an air of intellectual superiority; an Einstein in the making.

She seemed unsure how to begin to say what she had in mind, but the slight quivering of her reddening puffy cheeks forewarned that whatever it was wasn’t going to be auspicious. Finally, after a couple of deep breaths, she unleashed her tirade about my essay. She unmercifully denounced it as pornographic; filled with lurid details hell-bent on salaciousness. Apparently, she was deeply flustered by my journalistic style. Judgment was expeditiously rendered: I was unworthy and thereby rejected. Her brevity was impressive; the meeting lasted no more than three minutes.

Luckily, I suffered no evident adverse effects from that encounter. Her scathing remarks accentuated by a rejection did not warrant years of therapy. However, as an adult, I fulfilled my aspiration as a journalist through writing social correspondence, office memos, household to-do lists, and rare consumer complaints.

But seriously, immediately after that incident, I was onto something else -- inspired by Lennon, I craved to be a singer/songwriter.