ZEN IN THE ART OF UNCONDITIONAL LOVE 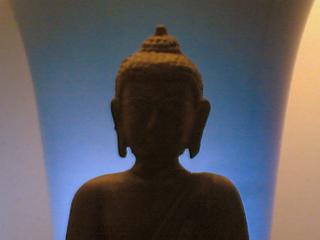 Soiled by aberrated politics, the country’s bleak economic landscape propagates a foreboding sense of gloom among its populace; creating a hotbed for irresponsible behavior such as sexual promiscuity and drug addiction.

For the most part, the city's impoverished young and old alike wantonly capitulate to such indulgence.

However, still a great majority strives to lead principled ways of life; coping with sacrifices such as leaving behind their loved ones in order to work for a higher salary at a foreign country. For some of Metro Manila's inhabitants, this becomes the only choice.

Overseas job opportunities abound. Besides the lucrative nursing and engineering professions, there are openings available for domestic workers, automotive technicians, heavy equipment operators, caregivers, cooks and bakers. Those with good looks and talent in stage performances may consider a good paying job in Japan as entertainers; a female practitioner of which is often locally referred to as a japayoki. At 18, Juanita B. departed for Tokyo as one.

Growing up in a seedy, shanty neighborhood behind the facade of Claro M. Recto Avenue’s commercial buildings near the university belt area, Juanita was brought up by a father addicted to alcohol, and by a mother who sometimes used drugs and regularly sold them to supplement the family's meager income. Juanita is the oldest of five children. Financially-strapped due to alcohol and drug addictions, as well as unable to sustain decent livelihoods, her parents eventually asked the children to drop out of school. No longer could they afford the daily school allowances.

Years of alcohol abuse soon took its toll on the father’s health; he began weakening at an alarming rate. Wanting to help and perhaps, even save his father from untimely death, Juanita, decided to seek a job as an entertainer in Japan. She pursued several months of rigorous training in voice and dance. Unfortunately, just as she was about to be certified as an entertainer, her father succumbed to his illness and died.

Although failing to realize her original intention to be of help to her father, Juanita was determined to gain something positive from the extensive training she endured. After receiving the necessary credentials, she left for Japan motivated by a deep sense of purpose; to support her family and pay for the continuation of her sibling’s education.

At present, Juanita is back in Manila after half a year’s stint in Tokyo. She now lives somewhere in Quezon City with her brothers and sisters who are in school and are all doing well at it. Next month, she heads back to Japan to fulfill another phase of contract work. Her mother now lives with another man, but her drug use has taken a turn for the worse. What used to be an occasional folly is now a frequent indulgence in increased amounts. Nonetheless, Juanita remains non-judgmental of her mother’s disposition; thus, continues to provide support unconditionally.

The overseas work chosen by Juanita carries a certain stigma which could be maligned as prelude to prostitution by some people. However, most Filipinas like Juanita, pursue this line of work without any need to engage in such illicit activities. They safeguard their dignity and decency; fully intent on providing a better life and a brighter future for their loved ones.

Juanita may not be an emergency room nurse or a DNA scientist, highly-paid professionals up there in the ladder of respectability, but her ability to embody unconditional love, which she bestows upon her family, ranks her impeccably supreme to the eyes of her maker.

posted by Señor Enrique at 7:11 AM