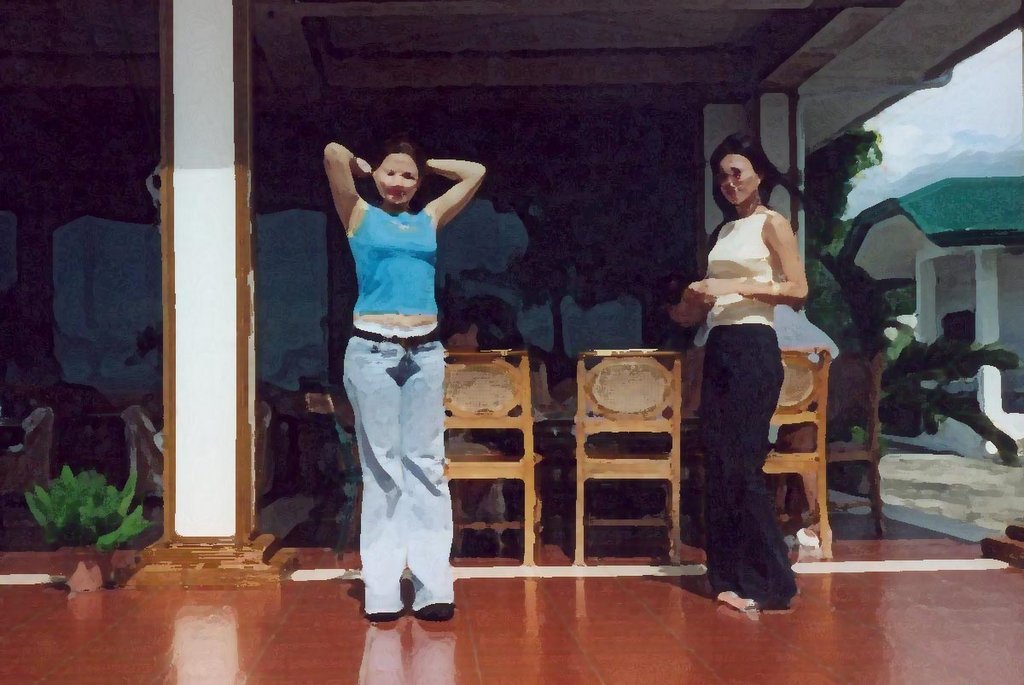 Anita was exasperated. Nothing was good enough for Helen, her sister-in-law who was vacationing from New York and staying at their house. This balikbayan was definitely getting on her nerves with her wry comments about everything Filipino. Helen would deliver them succinctly, with a menacing smile, and in English, too. Anita thought, only five years of living in the States and this woman has already forgotten her Tagalog.

From the sweet-tasting spaghetti sauce to the vivid palette of her home interior, Helen was unstoppable when it came to dispensing unsolicited critiques of Anita’s housekeeping skills. With a slightly toned down sarcasm, Anita would then apologize for not having yet attained Martha Stewart’s level of mind-boggling ingenuity.

With her cooking either too salty or too spicy for Helen, Anita and her husband, Gary, would often take Helen out to dinner just to appease her. And to top it off, there would be the customary bag of take home sweets as well; the couple always footing the bill.

But as they say, all things must pass, so Anita was deliriously happy, to say the least, when Helen finally flew back to New York. Life at the house went back to normal as usual.

About a year later, Anita’s mother-in-law who was living in the States died suddenly. She and Gary had to go to New York for the funeral. Their kids had to stay behind because of school.

The long flight wasn’t all that bad but New York was in the midst of winter in New York and the biting cold seemed to pierce right through Anita's body. Helen was nice enough to lend her an overcoat but it was obviously the oldest in her collection; there were rips in the polyester lining and holes in the pockets.

The funeral itself was uneventful. It was as solemn as would be expected in a dreary winter morning. But over at Helen’s house during their stay in New York, Anita got a glimpse of her sister-in-law’s real life.

Helen and husband, Mark, bought their house a couple of years ago, but it seemed pretty much like a rushed purchase. It was an old house that required too many things to get fixed before it could provide the ideal comfort. To make matters worse, both Helen and Mark put in long hours at work, while their weekends are usually allocated to doing household catch-ups. Oftentimes, they would be too tired to even think of doing any systematic repairs during the free time they had.

The house is located in a not too desirable section of Far Rockaway in Queens. It’s also quite a long walk to and from the subway train station; nice when the weather is fine, but quite challenging during snowstorms or heavy rains. Mark later on admitted they bought it because of Helen’s insistence -- she wanted so much to be a homeowner like their friends.

Anita also became aware of the couple’s not so rosy financial situation. Although they were earning impressive incomes, they were weighted down by mortgage, car and credit card loan payments. They were literally living hand to mouth.

Immediately after this realization, Helen and Gary took it upon themselves to do the marketing at the nearby grocery store and farmer's market. Anita would then whip up some fine Filipino dishes for dinner. This time, much to Anita’s amusement, Helen no longer criticized her cooking.

On their flight back to Manila, Anita felt guilty for having harbored ill feelings toward Helen while she was vacationing with them last year. Anita realized that Helen’s mean streak was borne by her stressed-out, not-so-fun life in New York. The constant pressures of staying on top of her career in a highly competitive arena proved emotionally taxing indeed.

Behind Helen’s sophisticated façade is a mildly neurotic woman weakened by perpetual exhaustion. She was a fragile spirit on the verge of a breakdown when she came back to Manila. That one month vacation proved therapeutic for her; it alleviated her stress.

With that thought, Anita leaned over her napping husband and kissed his cheek.