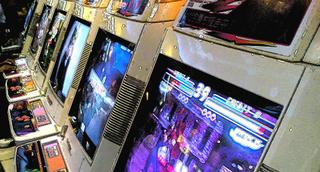 According to empirical wisdom, adolescence, like measles, ought to be experienced once and for all while young, for a recurrence in middle-age may produce serious consequences.

Such was the case with Manong Odi. At age 50, he found himself with too much time on – but nothing to do with – his hands.

Daunted by the grim prospect of having to assimilate into a new corporate culture, as well as having to answer to younger superiors, he opted for early retirement when the bank where he was working at for many years as a senior commercial mortgage executive was bought by another but much larger bank.

His wife, on the other hand, was a ferocious fast food business owner/operator. During the past six years alone, she had turned a tiny gruel and noodle shop into a full service fast food chain with eight branches within Metro Manila. It was such a lucrative enterprise that some of the money she made funded their two kids’ college education abroad.

Manong Odi, on the other hand, as long as he he stayed away from her kitchens, so to speak, got to keep all the money he earned.

To create something to do when he wakes up in the mornings, Manong Odi decided to open an arcade/Internet café shop within the university belt area of Manila. He leased the entire ground floor of a three-storey building, and with a team of innovative interior and sound designers, Manong Odi had transformed a once dingy space into a trendy, cool hangout for both high school and college students in the area.

Much like his wife, Manong Odi prohibited his spouse from meddling into the affairs of his new enterprise. Even his children were refused summer employment much to their disappointment. With the place swamped with hip young people, they would have truly enjoyed working there.

Only a year since its opening, with the help of previous co-workers at the bank, Manong Odi secured a bank loan which enabled him to buy the entire building from its owner who was immigrating to Canada. When asked, Manong Odi would quickly attribute the great success of his arcade/Internet café shop to a business acumen he had developed as a banker for many years.

Well, that may sound nice on a publicity/press release sheet, but nothing could be farther from the truth. But as with anything, the truth has a way to unravel itself.

By the third year of Mang Odi's business operations, everything was business as usual until one morning when his regular patrons were surprised to see it padlocked. They first assumed Manong Odi was ill or late for work, but it remained padlocked the next day as well. And so it was for the rest of the week.

Eventually, word got around that Manong Odi’s establishment was raided by a team of agents from the National Bureau of Investigation after a young girl tipped them off about certain illegal activities going on upstairs of the shop.

Manong Odi, as it turned out, had a number of college-age girls manning computer terminals equipped with cyber cameras in each of the many rooms on the second floor of his building. Anyone from any part of the world could log onto his Flirty Asian Coeds site and with a credit card, choose any one of the young girls available for a live anything goes audio/visual experience.

Investigations revealed that Manong Odi paid each girl five hundred pesos for three hours of work in which he charged the customers fifty dollars per hour on their credit cards. At today’s exchange rate, Manong Odi would make eight thousand four hundred pesos for every three hours that would only cost him five hundred to pay each girl. With a 24-hour operation manned by at least ten girls, Manong Odi could, in fact, rake in at least six hundred thirty thousand pesos a day; that’s almost 4.4 million pesos a week! Not bad extra income for a retired banker.

The girl who tipped off the authorities was one of the many young girls Manong Odi was also having sexual relations with. But when Manong Odi had recently finished converting the third floor of his building into an exclusive members-only bordello complete with a full service bar, he had begun aggressively coercing these young girls to work those rooms as well, along with some new hires.

Out of spite, one of his young girlfriends called the authorities on him. She reasoned that doing it online was fine, and with Manong Odi she had to because she needed the job. But with strange middle-age pot-bellied men reeking of alcohol, diesel sweat and nicotine, it was definitely a no-no for her. She remained adamant even when Manong Odi promised to pair her off with college guys only. Feeling no longer deemed special by the geezer, she made that fateful phone call.

To date, Manong Odi remains on the lam evading arrest. The NBI has no further leads as to his whereabouts although there were unconfirmed sightings of him up in the mountains of Caliraya, Laguna cavorting and trading barbs with the local communist rebels. Another less reliable report placed him somewhere deep in the midst of Dasmarinas, Cavite, protected by a local drug kingpin.

His wife had recently sold her entire chain of fast food restaurants, filed for marriage annulment, joined the Born Again Christian movement, and now living in America with her children.

posted by Señor Enrique at 6:05 AM