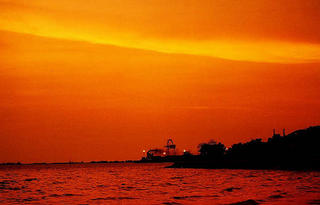 Dusk was selected by Epson as one of the top 200 photos out of 2000 entries to be featured in their coffee table book, Epson's Epix '05. The selection process was judged by famous artists and photographers such as Bencab, Neal Oshima, Bian Bautists and Wig Tysmans. A cocktail party for the 200 winners was held recently at the Shangri-La Plaza.

The 200 best images are on exhibit until October 20th at the 3rd Level, Shangri-La Plaza.

Epson's Epix '05 is currently in production and will be realeased this coming November in time for the holiday season.


Randy is worth keeping an eye on; we certainly haven’t seen the best of him yet. To see more of what this young man does with his camera, check out his photostream at: http://www.flickr.com/photos/randyg/