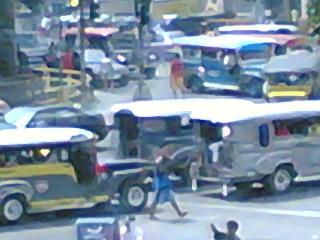 It has been an arduous morning for Teresa -- fielding David’s redundant questionings, as well as vehemently denying false accusations of her seeing another man behind his back.

She realized the only way she could ignore his belligerence was to get up and leave his house. She came over to give them some chicken salad she made the night before; instead of gratitude, she got another one of his outbursts incited by deep-seated insecurity.

Teresa exuded an air of resignation as she grabbed her purse and scurried out the door. She knew that her walking out would be an outright affront to her fiance''s manhood, a complete disregard for his need to be assured that she completely belongs only to him.

David’s mother would just roll up her eyes, while her spinster sister wouldn't even say a single word. Both women have been exasperated by the young man’s boorish behavior. They have grown fond of Teresa; neither one would want to see her changing her mind about David. "That young man better change his attitude," they'd often tell each other.

David, on the other hand, had convinced himself that a man is supposed to protect what’s his. And since Teresa belongs to him, his jealous outbursts were well-justified.

David never liked Antonio. He'd spend many a sleepless night wondering how Teresa could be so enamored by that scruffy scoundrel; a local portrait artist who deceives people by making them look better than they really are on his paintings. Antonio, as far as Davis is concerned, is nothing more than a sleazy bohemian who squanders his daily earnings on nightly drinking bouts with his slacker friends.

Unbeknownst to David, though, his contempt for Antonio may be borne by his jealousy for what Antonio has -- the inner strength that comes out as confidence and sensitivity, which make people feel safe and comfortable around him.

To Teresa, David’s macho posturing only makes him look like a desperate buffoon. It may work as a means to intimidate rude drivers who make life difficult for a jeepney driver like himself during heavy traffic, but to a woman who has allowed him into her heart, such attitude has no place in what is supposed to be a loving relationship.

What Teresa longs for in a man is a strength of character, the ability to express his thoughts amiably, and a keen interest to listen to what others have to say. Surely, Antonio posses such qualities but it is David whom she loves.

In more ways than one, she appreciates how hard David works -- starting at five in the morning and coming home around eight at night. He may be only 20-years old, but when it comes to his work, he approaches it diligently.

However, with inter-personal relations with loved ones, David does not fare too well. He is too tied up in his own emotional traffic, unable to express and work out his feelings. He would keep everything inside and then get bent out shape when no longer able to contain his frustrations or anxieties.

Teresa knows it’s futile and weak to change any person; she can only change the way she thinks about that person. That is all the power she has as a human being. And as much as she loves David and desires to marry him, they must first strengthen the love they share with each other with mutual understanding, trust and respect.

As soon as the dust has settled from David’s recent outburst, she will tell him her thoughts of late, and then suggest that they put on hold their marital plans until both are older and wiser.

How to Listen Better
http://www.ehow.com/how_12503_listen-better.html