THE BEATLES: The Biography 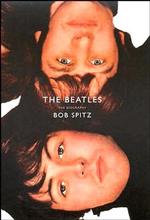 At nearly 1,000 pages long, including more than 100 pages of footnotes, bibliography, discography and other end matter, "The Beatles," by Bob Spitz, is as big as a Bible. But as we hefted this literary cinder block and contemplated reading it, we had to wonder what could possibly be left to say about the musical foursome whom John Lennon once declared more popular than Jesus.

Ten pages in, we were hooked. Bob Spitz's beautifully written chronicle breathes new life into the familiar story of the Liverpool boys who conquered the world and became, according to a recent Variety poll, the most influential entertainers of the past century. The author's passion for his subject, and for every nuance of every scene, electrifies even the most familiar moments in the legend. Spitz cast his net wide, gathering little-known information from contemporary radio interviews, fanzines, Brian Epstein's personal diaries, and such arcana as the architectural renderings for John and Cynthia Lennon's home and a pamphlet called "A Short History of the Liverpool Cotton Market." The scene-by-scene particulars are fascinating; for example, the description of Ringo meticulously rolling up towels to seal the threshold under the door of a room at the Delmonico Hotel in New York the night in 1964 when they met Bob Dylan and Dylan introduced them to marijuana. "An unusually gregarious Dylan was delighted by the Beatles' curiosity and readiness to experiment," Spitz writes. "They got right in the groove, which relaxed the recalcitrant bard, who lit joint after joint, fanning the fateful flame." The chapter ends: "Nothing would ever be the same again."

Read more: You Know You Should Be Glad, a review by Jane and Michael Stern (The New York Times)


The Beatles: The Biography, by Bob Spitz
Published: November 27, 2005

posted by Señor Enrique at 2:49 PM