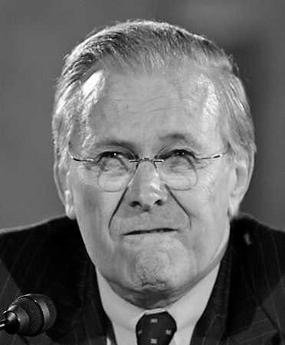 When I enumerated the adverse effects of aspartame on my two posts — The Perils of Aspartame (12/7) and Side Effects of Aspartame (12/13) — the comments and emails I received conveyed a singular question: If it’s so bad why was it ever approved for human consumption by the government; specifically, by the U.S. Food and Drug Administration?

In 1985 Monsanto purchased G.D. Searle, the chemical company that held the patent to aspartame, the active ingredient in NutraSweet. Monsanto was apparently untroubled by aspartame's clouded past, including a 1980 FDA Board of Inquiry, comprised of three independent scientists, which confirmed that it "might induce brain tumors."

The FDA had actually banned aspartame based on this finding, only to have Searle Chairman Donald Rumsfeld (currently the Secretary of Defense) vow to "call in his markers," to get it approved.

On January 21, 1981, the day after Ronald Reagan's inauguration, Searle re-applied to the FDA for approval to use aspartame in food sweetener, and Reagan's new FDA commissioner, Arthur Hayes Hull, Jr., appointed a 5-person Scientific Commission to review the board of inquiry's decision.

It soon became clear that the panel would uphold the ban by a 3-2 decision, but Hull then installed a sixth member on the commission, and the vote became deadlocked. He then personally broke the tie in aspartame's favor. Hull later left the FDA under allegations of impropriety, served briefly as Provost at New York Medical College, and then took a position with Burston-Marsteller, the chief public relations firm for both Monsanto and GD Searle. Since that time he has never spoken publicly about aspartame.


Below is another link for all to peruse and draw conclusions from:

Aspartame Gate: When Donald Rumsfeld was CEO of Searle

Wow. I did not know of this story behind a dangerous chemical becoming legal. Thanks for the info. And, thanks for your comment at http://imran.com/media/blog/

Hi, Eric.
I arrived into this "old post" through links from your newer posts. This information is a helpful trivia. I didn't know why aspartame was approved as food additive despite of its side-effect until I ran into this post.
I used to drink energy drinks too much before like Extra Joss but I stopped after knowing the side-effect of aspartame intake.
Thanx, Eric, for the valuable information...

Glad this post was of help to you. It's truly astonishing how some chemicals somehow receive approval for human consumption.

As for aspartame, now you know and perhaps, you can help spread the word :)