HERO BY CHANCE OF FLIGHT 847 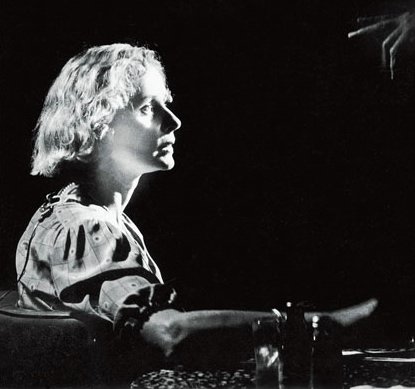 Uli Dickerson during an FBI debriefing after her release (photo by Robert Baldridge)
Uli Derickson was the only German-speaking flight attendant aboard TWA’s flight 847 in 1985 when two Lebanese Shiite Muslims barreled down the aisle of the plane with guns and grenades. They demanded the release of more than 700 prisoners held by Israel. The terrorists spoke no English but one of them spoke German, which meant Uli Derickson suddenly became responsible for ensuring the flight’s safety. She was at that time already 40 while the hijackers were in their 20s, a useful age for a woman dealing with two frantic captors.

It was a harrowing ordeal which lasted about 40 hours. Yet through it all, Ms. Derickson successfully convinced the hijackers to immediately release all women and children hostages. However, she was unable to prevent the shooting to death of one American passenger, Robert Dean Stethem, a U.S. Navy diver, when the plane was diverted and landed in Beirut. Eventually, all passengers and flight crew were released.

One of the two hijackers was never captured; the other, Mohammed Ali Hamadi was eventually apprehended two years later. He was tried and sentenced to life in Germany for the killing of the American passenger. He was quietly released last week when a German hostage, Susanne Osthoff, an archeologist, was recently freed in Iran.

nice read... must be a really harrowing experience. i could have died of heart attack if i was the one dealing with those extremists.

This shows that the law can have the long grasp against terrorism but on the other hand, at the end of it all, the world is still struggling to completely resolve the problem of terrorism. It was clearly that it was a trade-off of captives, and it was sad that every trade-off could mean an upperhand for the terrorists.