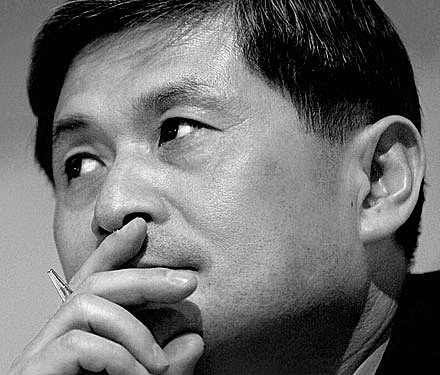 Featured in 2004 as one of Time Magazine’s People Who Mattered, Dr Hwang Woo-Suk is a veterinarian by training who began to research cloning to create a better cow. But his ambitions went beyond the farm.

With the help of his team at Seoul National University, he spearheaded a project to clone human embryos capable of yielding viable stem cells that might one day cure countless diseases. He raced to become the first man to prove that human cloning can be a fact of life. Hence he was dubbed the pride of South Korea for bringing the country to the forefront of stem cell and cloning research.

Dr. Hwang attained rock star-like status in South Korea even inspiring a book for pre-teens; an against-all-odds tale of a humble national hero it called "South Korea's No. 1 scientist." However, its publisher along with other firms who rushed to cash in on his fame by releasing 16 books about him — 10 of which were children's books — are now livid. Demand dried up after two of his university collaborators confessed that a paper they published in May 2005 for the U.S. periodical Science was based on fabricated data.

All those unsold inventory of books are being shipped back to their publishers while Dr. Hwang Woo-Suk will probably head back to the farm.

posted by Señor Enrique at 7:30 PM