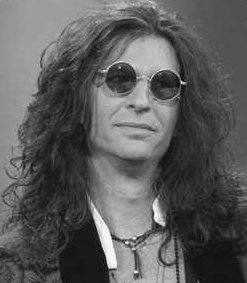 He is America’s top shock jock who has recently signed a $500 million, five-year deal with satellite radio, Sirius. Last week, he was rewarded with another $200 million-plus in stock for helping boost Sirius' subscriber ranks to 3.3 million.

His two most dreaded people are the French and the Filipinos; the former for their arrogance, as well as for having allowed the Nazis to march into Paris without resistance, and the latter for having sued him in California for defamatory remarks he made about the Filipinos’ penchant for eating dogs.

Another controversial incident that infuriated Filipinos occurred on "The Howard Stern Show" on September 22, 1992 when he stated, "Filipinos are cheaters and they think playing baseball is the greatest achievement of all and not knowing the value of the sport or the purpose of the game." This was in reference to a charity baseball game that Stern participated in together with hotel employees, mostly Filipinos, many years back.

To make matters worse, he added, "The Philippines is a very strange country. I always recommend to everybody not to go there, unless you want to get laid. The Philippines is a country where fathers sell their own daughters for sex. That's how desperate they are over there. I think they eat their young over there."

With more than 10 million avid listeners to his syndicated radio show, one can only imagine how many Americans might have actually believed him.

Somebody better show him the good side of the Filipinos and the Philippines.

i agree, though there are still some truth to some of the things he said about prostitution and eating man's best friend, it's just the way he said it that really strikes a nerve, but I think he's just like Jay "The Cresent Moon" Leno...:b

I guess some people like to be rude and to provoke. They think they are the center of the universe. They don't make any effort to understand other people and cultures.
I think it shows the moral character of this guy. I am not impressed with his earnings. Once again it shows that money can't buy culture.
By the way we have prostitution in Belgium too and we love to eat rabbits. No kidding ! :-)

What a schmuck! Thanks for the info.

Hi Enrique, I'm Karl of 100%Pinoy, GMA7. We're doing a segment on azucena (dog meat) and for discussion of history on how the Filipinos were labeled as dog eaters we need to put some personalities who called us so. Can we include this entry of yours entitled "America's Top Shock Jock" on Howard Stern. We shall be quoting the statement "for having sued him in California for defamatory remarks he made about the Filipinos' penchant for eating dogs". We shall be citing your blog if you approve of it. Thank you very much.. I can be reached at karlemmanuel@gmail.com or 09064564474 if you have querries. Hoping for your prompt response. Thank you.

Just emailed you. Yes, you have my persmission.

hi senor,thanks for this informative
article,now i'm face with a decision
if I'd have to eliminate a remark by
one aussie character in my novel(now on the boil)saying:"those guys are dog eaters." the setting is he was in pinas and was invited in pinoys drinking session and they were having aso as pulutan. would be good to hear your opinion on this. i really appreciate your blog.

good morning senor just email me if you wanna comment. yolandarogers_3@hotmail.com thanks.

Sent you an email in which I thought changing the line to a gentler but wittier version :)

You wouldn't want to attract the ire of some irate Pinoy expats ... hehehe!

got your email erick no doubt about you, you're very insightful/erudite
reckon you ought to write a book yourself fiction or non fiction - you have great credentials. thanks again if ever my book got published i'll send you a signed copy lol... it's suppose to be a humorous book.

However, I'm looking forward for my signed copy when it comes out, okay? I can use a cool humorous book :)

What Howard Stern said is completely true. Filipinos are everywhere in the part of California I'm in, and their girls are the most sexually loose on the planet. They will do it with anyone right after meeting them. Also, you can to to the P.I. and buy anyone for cheap -- even girls who are way underage, like pre-teens.