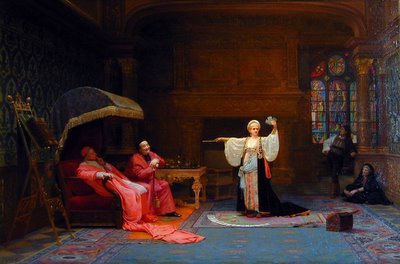 Deal solely with men of honor; may such only may you be involved, and such only may you involve. What they have done is best pledge of what they will do, even in the business of shuffling the cards, for they deal above board, and so it avails more to lose with men of honor, than to win with men of dishonor, for there is no profit in crookedness, because it is unbeholden to honesty; on this account there is no true friendship among thieves; nor are their protestations of friendship true, even when they seem it, for they are not made in good faith, and those without such should ever be abnominated of men, for they do not cherish honor, do not cherish virtue, and honor is the throne of virtue. - Baltasar Gracian

The Art of Worldly Wisdom
A collection of aphorisms from the works of BALTASAR GRACIAN
Translated by Martin Fischer
Published by Barnes & Noble Books, 1993