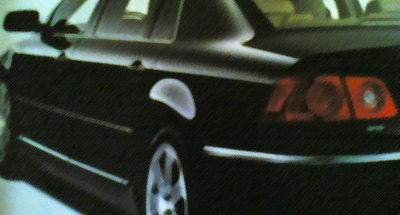 Everyone was at a loss for words when told what happened to William. He’s a friendly and soft-spoken guy not prone to macho posturing or senseless violence. Most see him as too timid and docile to provoke or engage in any caustic arguments

He remains in critical condition; one bullet remained lodged inside his chest. The other two — one on his left shoulder and the other on his left bicep — were already removed earlier. The remaining bullet requires a more invasive surgical procedure, and at his present condition, William may not survive such operation. They have to wait.

William’s father and mother, along with some other relatives were huddled in a corner of the waiting room; offering comfort to one another. William is the younger of their two children. The older child, Amy, is a nurse in a New Jersey hospital. The money that she sends over every month affords the family to live quite comfortably.

The father, like 27-year-old William, is just as docile and easily caves in to his domineering wife’s every demand. He has retired from his job as a civil servant, and his life’s only purpose nowadays it seems is to stay home and subserviently care for his wife. She’s a sickly woman; a willing host to numerous complaints and fond of self-diagnosing her ailments.

When the daughter from New Jersey sent them money to buy a car for the mother’s convenience and comfort, William was immediately designated as its driver. Never allowed to go abroad to pursue a more rewarding career and life of his own, William was expected to be much like his father — a caregiver and now his mother’s driver as well.

Cedric was in the same waiting room seated on a sofa next to Sonya, the family lawyer’s assistant. He was advised by the lawyer to remain quiet and not to say a single word to the police until he got to the hospital. The lawyer was in Tagaytay when summoned by William’s father. For good measure, he had Sonya who lives nearby go to the hospital and keep the young man company until he arrives.

Other than being cousins, Cedric and William are best of friends. He was with William the entire evening and the sole eyewitness to this senseless shooting.

What others do not know about William is — whenever behind the wheel alone or with Cedric — his personality would frighteningly transform from that of an innocuous and timid into another altogether different character — rude and malevolent.

He would become downright nasty at times; always ready with his middle finger or to trade curses with other drivers on the road. He would never give anyone a right of way — won’t even budge an inch — even if causing a severe tie-up in a busy intersection. He has no patience for slow moving pedestrians and wouldn’t think twice of cutting through an elderly person’s path struggling to cross the street.

William would often ignore stop signs and red lights, over speed, tailgate, weave in and out of traffic, pass on the right, make unsafe lane changes, and blind oncoming drivers with his super bright headlights. He apparently derives perverse pleasure from annoying other drivers.

Earlier that evening, on his usual menacing streak, he suddenly switched on into high beam his already super bright headlights onto an oncoming vehicle. When the other driver, blinded by the light, stepped on his brakes, William slowed down as he rolled down his windows and mockingly laughed at the direction of the stopped car’s driver as he passed it.

Cedric was mortified when the other car suddenly made a u-turn and trailed them at top speed. It was a hazadous chase through San Juan’s narrow and hilly streets. Not quite that familiar with the area, William suddenly found himself in a dead end street, unable to make a quick u-turn.

Reverse became impossible when the pursuing vehicle blocked their path. A man from the passenger side seat got off and walked over to William’s side of his car and opened fire with his pistol.

The noise of the bursts of bullets tripped off the alarms of the parked cars. Concerned by the blaring alarms that suddenly filled the streets, as well as people who started to come out of their houses, the gunman jumped back to their vehicle for a quick getaway. Their wheels screeched as the car backed away and made a turn at the corner. It then sped off away from the scene.

Although William was able to duck and dodged the bullets aimed at his head, three hit him on his upper body; one of which pierced him from his left side and lodged inside his chest. Cedric was completely unharmed but the frightening scenario made him urinate in his pants.

Just before the gunman ran back to their vehicle he shouted at Cedric, “I have your plate number and I will trace you and blow your brains out next time I find you!” Cedric was so terrified by the whole incident that he was still visibly shaking when the police and ambulance came.

It was nearing midnight when Cedric was accompanied by the lawyer and Sonya to the police headquarters to file an official report and answer some questions from the investigating officer. They were led to a small musty room lit by two bare 100-watt bulbs. They each grabbed a steel folding chair and waited for the inspector already on his way down from his upstairs office.

As Cedric sat there anticipating the questions the inspector might ask him, out in the hallway, through the open door, he heard an oddly familiar gravelly voice. As he slowly turned his head towards its source, Cedric was frozen in fright to recognize the gunman earlier that evening. He was now attired in a police officer uniform, standing by the water fountain; idly chatting with two of his fellow police officers.

How to Avoid Road Rage

The Opposite Situation: A Domineering and Tyrannical Mother

*The foregoing story is purely a work of fiction. Any similarities between any characters herein and actual persons living or dead are purely coincidental.

WOW, Senor Enrique. Congratulations!!! You are a talented writer. I was hooked to your story till the end and then when I read the last sentence a cold chill traversed my spine. I was almost as frightened as Cedric.

Are you sure it is a work of fiction? :-)
I will be a kind driver from now on.

I was holding my breath as the story unfolded. I thought it was a true story. This is great.