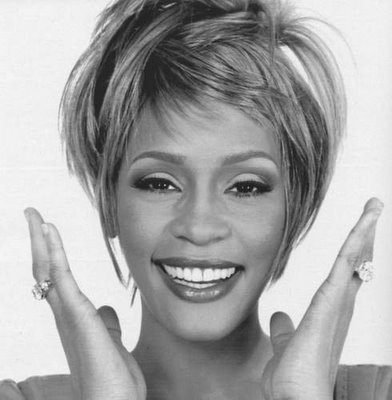 She was discovered by an artist & repertoire executive of Arista Records who trailed her New York nightclub performances. He saw enormous potential in her and begged his company’s busy top honcho, Clive Davis, to see her. He relented; thus, a special showcase was arranged at Sweet Waters, a club on Seventh Avenue South in New York’s Greenwich Village. Suffice it to say, Clive Davis was immediately won over by her incredible talent; signing her to a lucrative record deal. This was in 1983.

Whitney Houston’s voice was as utterly beautiful as her persona. She was flawless; a rare African-American artist who immediately crossed over the R&B/dance genres to become the ‘80s newest pop sensation. Multiple awards were showered upon her by the music industry. She also became a role model and a most emulated fashion icon. She had the world in her hands. At the height of her career, she sold millions of records while her films grossed hundreds of millions of dollars. She became phenomenally rich in the process.

She married Bobby Brown four months before her debut film, The Bodyguard, was released. Soon thereafter, allegations of drug abuse and marital problems began to emerge. Her adoring fans quietly suspected a life taking a different path; a turn for the worse.

Prior to the release of her fifth record album, Just Whitney, she appeared at an interview with Diane Sawyer, which aired on ABC’s 20/20 newsmagazine TV show. It was the highest-rated interview in the history of American television. Drug use and marriage issues were discussed, but she was evasive and seemed agitated. However, her appearance and demeanor were far more revealing; she was evidently high on drugs during the interview. From that moment on, she slipped downhill with drug-related arrests and trips to the rehab. It eventually became public knowledge that Whitney has been harboring deep-seated problems for which drugs and alcohol were the anesthesia of choice to alleviate her pains.

Recently, the Houston Herald, citing National Enquirer as its source, reported Whitney is back to doing drugs. She was photographed inside a convenience store at 4 a.m. in Atlanta looking strung-out and disheveled; appearing more like a destitute bag lady than a diva that she once was. It went on to report that “Whitney’s voice is shot from years of cocaine abuse and she and her hubby, Roxbury homey Bobby Brown, are running out of money. The newspaper claims Houston, who underwent rehab at least twice since confessing on TV three years ago she had used cocaine, pills and booze, has blown through her fortune buying drugs and supporting a posse of hangers-on. And because she cannot record, no new cash is coming in.”

Regardless of her current predicament, I remain optimistic she will one day resolve her inner turmoil, surmount the setbacks, and come out of it all as an even greater spirit than ever before. And we will all be the better for it, for we shall once again immerse ourselves in the wondrous beauty of her voice. She is an ethereal diva who, unfortunately, has been flying too close to the ground.

I love her songs and her voice. It's just too bad that she got hooked on drugs.

Someone please help her out of crack!