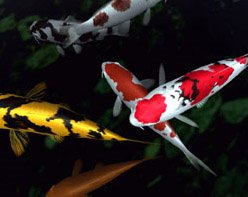 THE RELATIONSHIP BETWEEN LEO and his son has been increasingly turbulent, especially since Junior recently dropped out of high school with only less than three months left on the school calendar.

This incident convinced Leo that his son was indeed a congenital idiot for having done it. He wasn't about to blame hormonal imbalance as the root cause of Junior's troubles because he had already passed puberty. Leo reached for a cigarette as if he could smoke away his troubles with his only son and namesake.

Leo operates a car air-conditioning shop in Banawe right off Quezon Avenue. With a handful of similar shops cropping up in the same area, he had to keep his prices low so as to entice customers. He does all right, but business hasn’t been as brisk as the years past. If it hadn’t been for their modest lifestyle and the shop being rent-free — it’s at the ground floor of the house in which his family occupies — he might have already closed down the shop.

This property was willed to him, as well as to his brother and sister (who both live in America with their respective family) by their parents who have long ago passed away. Being in the midst of one of Quezon City’s thriving commercial districts, it could easily fetch at least thirty million pesos. Unfortunately, both brother and sister would immediately shun even the slightest hint of selling it. They both see it as their parents’ legacy borne out of hard work, perseverance and love of family. Easy for them to say, Leo would bitterly muse, for they both live a life of affluence in America.

Junior is the oldest of Leo’s and Amelia’s four children. He’s sixteen whereas the three sisters who followed range in age from fourteen down to six.

The family’s lean household budget would be further strained during the months of July and August; the period when Leo’s teenage nephews and nieces from the States would come over for their summer vacation. Although these teenagers receive substantial spending money from their respective parents during their vacations in Manila, no money was ever given to Leo and Amelia to defray the costs of feeding them during their stay. To make matters worse, the couple had to cater to their American tastes. Hence, Leo would resort to borrowing some cash from the Indian moneylenders at exorbitant interests. Nonetheless, he would always make sure that his nephews and nieces enjoy their vacations in Manila. Leo could be generous to a fault, indeed.

However, the visiting kids also seem to have their adverse influence on the younger Junior. Recently, he has developed a penchant for expensive clothing fashioned after America's popular hip-hop culture. And whenever his cousins were on the verge of running out of spending money, Junior would witness how they would get on their cellphones and demand more money from their parents; behavior that borders on arrogance and disrespect.

No parent wishes to raise a child with ill manners, but sometimes, in the States, when both parents put in long hours at work, they tend to over-compensate for their absence. Manipulative children often perceive this as a sign of weakness and become even more demanding. Worse, since the children have better command of the English language, the parents would find themselves tongue-tied -- unable to articulate their particular point of view. Sadly, they would oftentimes opt to just give in. This is what happened to Junior's stateside cousins. They grew up as spoiled brats; exploiting their parents' shortcomings to no end.

Apparently, in the process of trying to become just like his older cousins, Junior began to resent his own family’s modest background and his parents' inability to provide him with cool stuff. Hence Junior was fast becoming a recalcitrant son; even making a sport of ignoring even his father’s simplest wishes. This irks Leo to no end, but instead of engaging verbal battles with him, he would choose to simply ignore him altogether. Actually, Leo was more concerned that his temper, if uncontrolled, might provoke him into duking things out with his own son. He dreaded such thought.

Lately, tried as he might, Leo couldn’t help but notice Junior wearing new clothes and brandishing a new cellphone. Though already a recipient of slightly worn hand-me-down clothing and a cellphone from his cousins, Leo was unable to figure out where all these new stuff were coming from. And if fate had denied him a loyal son, it had, at least, gifted him with loyal employees. One of his mechanics at the shop told him about Junior’s activities: having partnered with a son of a corrupt cop, they have been selling shabu and marijuana inside an arcade at the nearby public market.

Amelia burst into tears when she was told by Leo about it. She was mortified by the thought of their son getting arrested and jailed. All along, Junior has led them to believe that he was working at this 24-hour arcade and computer shop with the intention of saving money to help pay for his final year of high school. He also claimed of working double-shifts at times -- sleeping at the back stockroom of the arcade. This explained why he sometimes didn’t come home.

A couple of days after learning about his illegal activities, Junior came home just as the couple and their three daughters were finishing their supper. When Leo looked up and locked eyes with his son, his face suddenly revealed a look of extreme pain. He started gasping as he clutched at his chest. He was having a heart attack.

Leo was rushed to the hospital and survived what could have been a tragic incident. However, only a month afterwards, he had to undergo a triple bypass surgery. The operation gave him a new lease on life, so to speak, but most importantly, it was also a moment of awakening for him.

As soon as he had fully recovered and regained mobility, he wrote his brother and sister a letter. In it, Leo expressed his agreement with their wishes to forever honor their dead parents’ legacy, but no longer at his own expense. The annual property taxes and the costs of maintaining an old house is eating away at the meager income of his shop, he told them. He suggested that they lease out the property. The income will pay for its annual upkeep and taxes, as well as for the services of a property manager. Whatever was left over they would then share. He also informed them of his plans to close down his shop and move to Pangasinan where Amelia inherited a farm from her parents.

He also mentioned their kids' fondness for vacationing in Manila; however, staying with them in a farm in Pangasinan would place them much too far from the trendy bars and clubs of Metro Manila, so Leo listed a couple of fancy hotels in Makati where their kids may prefer to stay when they come over next year.

Leo asked Junior to mail the letters and when he came back from his errand, Leo sat down with him for a man-to-man talk. Firstly, he told him of the plan to relocate to his mother’s province. He then admitted to his son that his life has been riddled with bitterness caused by his inability to stand up and speak his mind to his brother and sister. He had allowed them to intimidate him and take advantage of his timidity for far too long. The ill-effects of harboring bitterness and animosity have become unbearable for him.

Furthermore, he told Junior he had already forgiven him for whatever wrong he had done in the past. Forgiveness, he claims, has powerful healing effects in which he would rather immerse in. No more wallowing in angry and bitter thoughts. He then invited Junior to join them in their move to Pangasinan, or he could go to America to live with his cousins if that would make him happy.

Junior was dumbfounded. He was expecting to be lambasted for his wrongdoings and perhaps, even receive a long overdue beating from his father. But he received none of it. His father’s admission of having harbored deep-seated animosity struck a chord with him as well. He, too, was resentful for not experiencing a life of abundance as enjoyed by his cousins. However, being saddled with anger for not having everything he longed for only led him to less desirable paths.

Right there and then, Junior told his father that he’d rather live with them in the farm. He then confided that he had always dreamt of breeding Japanese koi. In fact, he has been privately studying the techniques involved, and now, the prospect of living in the farm would create the opportunity to fulfill his dream. And if he does well with his first pond, he plans to build another until everything becomes a flourishing enterprise. Leo stood up and hugged Junior. Nothing sounded more beautiful than hearing his only son wishing to remain with him and the family.

A couple of weeks passed before Leo received a phone call from his brother in America. He told Leo to go ahead and get the best purchase price for their property. However, before they divide the proceeds, his brother and sister suggested that ten percent should be deducted right off the top and given to Leo for his troubles of handling its sale. They will then equally share the remaining 90 percent.

Leo couldn’t be happier. He would soon be able to pay off the debts they had incurred when he was hospitalized, as well as have the necessary funds to develop the farm; neither would Junior had to wait for too long to build his first pond for breeding Japanese koi.

very inspiring story, senor. i almost shed a tear on this one... bravo.

Indeed, a very inspiring story! And I am glad it has a happy ending !

"No parent wishes to raise a child with ill manners, but sometimes, in the States, when both parents put in long hours at work, they tend to over-compensate for their absence."

I'm reminded of two lines in "The Paradox of Our Time":

"We have bigger houses and smaller families; more conveniences, but less time;"

"These are days of two incomes, but more divorce; of fancier houses, but broken homes."

It was a good story and a true to life, Sometimes as i am here abroad i could see as well parents who deal with their kids way back in manila, some kids where spoiled and some kids know what really best for them. at least there was a happy ending! more power senior k.