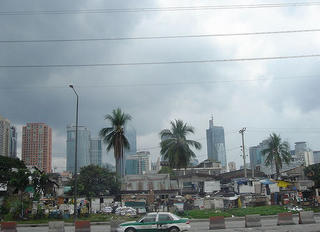 HEAVEN AND EARTH
Photo by Proust

A visual commentary on Metro Manila’s striking economic divide (taken at Osmena Avenue near Buendia at the entrance to the South Superhighway).

posted by Señor Enrique at 7:35 AM