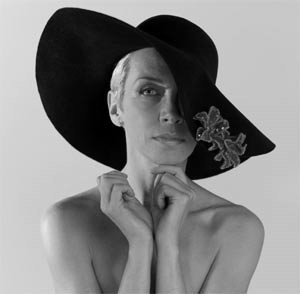 Annie Lennox, as a child, attended a school for the exceptionally intelligent and was later on educated as a classical musician; studying the flute at the Royal Academy of Music in London.

She joined David Stewart as a singer for the Eurythmics after three years as lead singer for The Tourists. She left Eurythmics in 1990 and began her equally successful career as a solo artist. Her 1992 LP, Diva, attained phenomenal critical and commercial success.

She has since followed it up with two more albums, including rejoining Dave Stewart for the recording of Peace LP. She won the Academy Award for Best Song in 2004 for "Into The West” from the film The Lord of the Rings: The Return of the King.

My favorite Annie Lennox song is Waiting in vain.

I also like Why and No More I Love You's. I kinda like DJ Sammy's remix of Why. It was dance heaven for me!

"Why" is indeed a classic, but I love the entire Diva LP. I regret not having seen any of her solo concert performances.