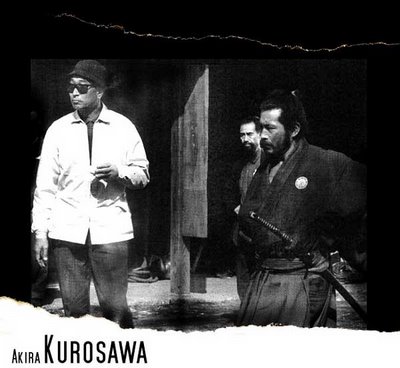 I was happy for Ang Lee when he won this year’s Oscar for Best Director. Hopefully, he will open the door for other Asian filmmakers — including Filipino directors and cinematographers — to get major projects in Hollywood much like what Sidney Poitier has done for African-American actors.

Nonetheless, before Ang Lee, in the realm of Asian filmmakers, there was the acclaimed Akira Kurosawa whose films — such as Rashomon (1950), Ikiru (1952), Seven Samurai (1954), The Throne of Blood (1957), Kagemusha (1980), and Ran (1985) — greatly influenced major filmmakers worldwide from Sergio Leone to George Lucas.

Kurosawa went to art school and favored Western style painting. Although a recipient of many important art awards, he gave up the brush to pursue filmmaking. Starting in 1936 until 1943, he worked as an assistant director for Yamamoto Kajiro, one of Japan’s major directors of war propaganda films. Kurosawa initially gained fame as an excellent scenarist, but some of his best scenarios were never preserved on celluloid; only published in journals. Just the same, they were recognized and awarded notable prizes for their freshness of representation. In 1943, Kurosawa was promoted to director and made his first feature film, Sanshiro Sugata. That was the beginning of his illustrious career as a major and influential film director.

An entry about Kurosawa in Encyclopedia Britannica Online mentions that Kurosawa’s films “represent a unique combination of elements of Japanese art—in the subtlety of their feeling and philosophy, the brilliance of their visual composition, and their treatment of samurai and other historic Japanese themes—with a distinctly Western feeling for action and drama and a frequent use of stories from Western sources, both literary classics and popular thrillers.”

Other than for his excellence in filmmaking, Kurosawa also gained notoriety for sparing no expense when it came to providing excessive quantities of high quality gourmet food and exotic delicacies on the set for his entire cast and crew.

I think our local industry's main problem is funding, Melai. Given the same money which the Japanese, Taiwanese, Hong Kong and Korean filmmakers receive, I say our local pool of talent can produce fine films.

BTW, our movies are mostly shot with the cheaper 16mm film compared to our well-endowed TV commercials shot with 32mm; producing a more vivid and higher quality result.

I guess the problem with our local film industry is funding and commercialization. The writers, directors and the actors have a little or no free hand on the moviemaking process. It is the producers or the financiers that's making the decision, kung ano yong patok sa tao so they can recover their investment. At the end, messy mushy ang lumalabas na films.

Is Aira Kurosawa also the director of the movie "Pool withour water"?

I was exposed to Kurosawa's movies early in my youth, thanks to my father who introduced them to me thru Betamax. I'd watch "Kagemusha" and "Ran" over and over again, inspiring me to learn about japan and its feudal history, and create my own comics with these kind of themes.

Time magazine even named him as one of the 50 most influential individuals in Asia. Mifune, his most favourite actor, has him to thank for becoming the film superstar that he became.

Indeed, a master of his craft and even shakespearean, in his own kind of way.

Absolutely, that asian filmakers are really great but sometimes they are not given the oppurtunities to show their film on the world. Thanks for the Festivals Internationally that they where known. For me i am living now in Europe, yet commercial films from Bangkok, Korean or Japan, i havent seen film from Indonesia,Malaysia nor Philippines in commercial cinemas. But i believe that this will become the era wherein southeast asian filmmakers will be known not only on Hollywood but for the world as well.
To site on this WONG KAR WAI " Happy Together and other films, "LINO BROCKA film were also known here in europe, recently there was in ROTTERDAM FILM FESTIVAL reruns of LINO BROCKA FILMS. I like the film of him.. TINIMBANG KA NGUNIT KULANG, was a masterpiece, i hope that Phil cinema will digitally remastered and will be available on Free market. its classic yet is a masterpiece. Recently BROCKAS work of art were concerved at film institute here in PARIS.

MYEPINOY: I agree with you - with the producers/financiers having full control of the entire filming process, a director's (and even the actors') organic and spontaneous creativity is surely compromised. And what we get are the basic formula movies aimed at a certain audience to rake in certain amount of box office ticket sales.


JHAY: I hope that our independent filmmakers keep up the good work that they are doing. If not not our local talent, chances are, some Filipino graduates of U.S. film schools might break into Hollywood one of these days.


REY: Toshiro Mifune ... how could I have forgotten to mention him on my entry? You're right. It was Kurosawa who turned him into a legendary actor. Thanks for mentioning him.


N. ARMSTRONG: Yes, thanks to the various film festivals that showcase independent and obscure films from around the world. Also, you're right -- it would be a wonderful idea to say, release a DVD box set of Lino Brocka films. I, for one, would gladly buy one.

It's refreshing to know from you that Kurosawa was first a painter and then a moviemaker. Now I know why his films are so photographed like upon a huge canvas. Perhaps, this is most telling in "Dreams", which to me is the most kaleidoscopic film I've ever seen.

The first time I saw a Kurosawa movie, I immediately realized why he is touted to be somewhat a pioneer in modern filmmaking and a great inspiration at that. Perhaps, every good movie now could always contain some shot that is "Kurosawesque" if there is such a term. Like David Lean, I believe many of today's filmakers--especially the succesful ones--have been inspired by him.