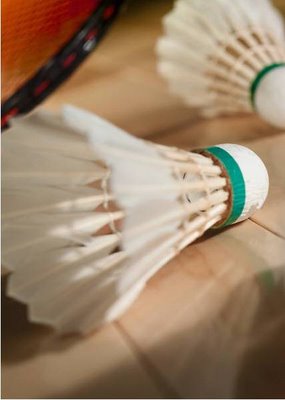 Spurred by the Easter spirit of personal renewal, I had decided to put into action an idea I had been mulling over for some time now — to get off my butt and do something about the nasty feeling of sluggishness due to the excess weight I had put on.

This time, I opted against going through another fad diet as I’ve usually favored in the past. Surely, I shed off the unwanted pounds; it wasn’t actually that difficult an ordeal, but maintaining the weight loss was another story. It proved to be a tougher challenge than realized; virtually an impossible feat for me. Consequently, as always, I would regain the lost pounds and then some.

So, instead of once again practicing food deprivation in which my body would only interpret as starvation and slower my already dawdling metabolism, this time around, I’ve chosen to focus on some physical activity that I could stick with; something that’s fun, as well as induce profuse sweating so I could burn away this super-sized fat I’ve been lugging around. Badminton, I have decided, is it for me.

This sport is unlike golf or tennis where you have to attain a certain level of proficiency to really get into it. It’s a simple enough game to enjoy immediately as long as you have the basic eye-hand coordination; not to mention that you can play it with the entire family.

Nonetheless, as you become more competent with it, badminton can be a fast-paced sport that requires superb physical stamina and spontaneous tactical skills.

Interestingly, the indoor badminton courts in Metro Manila are not air-conditioned like the indoor tennis courts in New York. Even with only a few minutes of volleying, you’ll find yourself drenched in sweat and gasping for breath. However, with proper foot work and breathing techniques — like exhaling whenever you take a swing with your racquet and inhaling as you await your opponent to hit back the shuttlecock — you wouldn’t run out of breath as much. The heat inside the facility, on the other hand, eventually becomes favorable as you get used to it, for it stimulates further sweating, which is excellent for burning away those excess body fat.

In addition, all this sweating makes me crave more for water and less on solid food. Neither am I focused on losing weight, but more on improving my physical stamina and developing my game. This new mind set is truly more fun to deal with than agonizing over which foods to give up. As I get better at badminton, hopefully, my own mind/body will further cease craving for those foods that will only sabotage my goals.

I also need to lose some. You just gave me a good idea. We can even do it as a family activity.

I should also do some more exercise and loose some pounds! Taking pictures of people is not a real physical exercise! ;-)
Mabe you can organize a tournament with all your blog readers! The winner gets a free treat of sisig & beer ! ;-)
Keep it up, my friend.
How many times a week do you play?

Growing up in the old neighborhood, I played a lot of badmintons with my girl cousins. It is so much easier to play than lawn tennis yet the fun we get is just about the same.

Huhmmm, maybe I can get the kids a new set of badminton and see if I still have the skill.

Yes, Niceheart and Major Tom, I strongly recommend to get the kids involved, because it is really a fun sport!

But Sidney, walking around as you take photographs around town is an excercise in itself. Actually, I've also gone back to doing 20-minute brisk walking to complement my personal fitness program. As for badminton, I've been playing six times a week for about a month now.

Yes, organizing a friendly tournament with our blog friends sounds like a good idea. Sisig and beer would definitely make a tasty incentive! :)