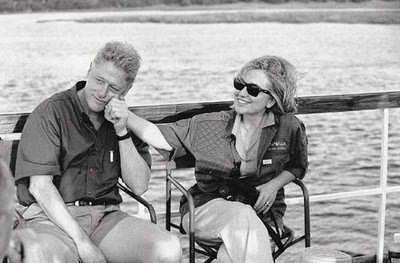 All I can say is that this couple is the quintessential civil servants.

I, for one, would like to see both of them back in the White House. Oh, yes, this time with Hillary as president. Why not?

Why not Hillary? She can win the White House
By Carl M. Cannon

Indeed an amazing couple!
But are they a couple ?

well, if Hillary gets the nomination over Obama and defeats McCain, you might just get your wish...

shouldn't they be given a compounded nickname ala Brangelina? Ano kaya.... Billary? :D

I hope so, Sidney.