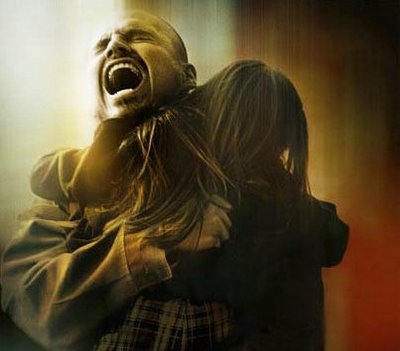 Finally saw the movie, Crash, over the weekend. It definitely deserves its Oscar.

I was under the impression that the Movie of the Year upset was a backlash to the much-anticipated win of Brokeback Mountain, but seeing this provocative film made me realize why Crash won. It was storytelling at its finest; delving into the complexities of racial prejudice and at the same time challenges the viewers to question their own fears and bigotry.

Spike Lee had ventured into this arena of racial strife in most of his films, but they were unlike the way Paul Haggis wrote and directed Crash. He depicted racial prejudice from the various perspectives of his multi-ethnic characters as they weaved in and out of each other’s lives through coincidences and chance meetings. It was superb storytelling in the same vein as Paul Thomas Anderson’s Magnolia and Robert Altman’s The Player.

Mel Brook’s character in his 1968 movie, The Producers, said, “Without the Jews, Gays, and Gypsies, there’d be no theater.” Perhaps, this statement rings true of Hollywood as well; that unlike middle America, this moviemaking enclave has long enjoyed its own culture in which same sex love as poignant as in Brokeback Mountain has long been accepted a usual part of it. But, the post-9/11 volatile racial tension as portrayed in Crash was too disturbing to ignore; permeating the consciousness of most Academy members.

Racial prejudice in America is indeed a major issue that needs to be addressed. But then again, prejudice thrives among those suffering from deep-seated fear and anger, which are precipitated by one’s own inadequacies and feelings of powerlessness as portrayed by the characters in Crash.

Crash!.. i have watched the film two months ago, in one of the english version cinema, it was so emotionally and it was good as well. all different walks of life nor bad or good yet they have the hearts of Gold and made realize what does the real essence of humanity living into different colors and diff. aspects of life. and of course the song.. MAYBE TOMORROW by stereophonic was great.

despite that brokeback doesnt win, it also gives me that BB will also win the category1

By the time the Oscars were awarded, CRASH was already showing on the cable movie channel. I got a glimpse of the movie for about 20 mins and I decided to sleep and told myself I will buy the bootleg but quality DVD from the Chinese mall. So I got Brokeback Mountaim, History of Violence and Crash ( all nominated) for $20 but guess what - I haven't watched any of the DVD's up to now!

I still have to see this one.

I'm glad that some quality films are winning awards and coming out of Hollywood nowadays.

I almost thought that we'd be stuck at seeing comic books mutated into the silver screen.

although the story takes place in the ethnically diverse city of Los Angeles, i find it very amusing that the writers did not include anything about filipinos.

i think it might be because most filipino americans quickly complain whenever hollywood portray filipinos in a negative stereotypical manner.

growing up in L.A., some scenes or dialogues seem too stereotypically coerced, that it comes out sorta corny.