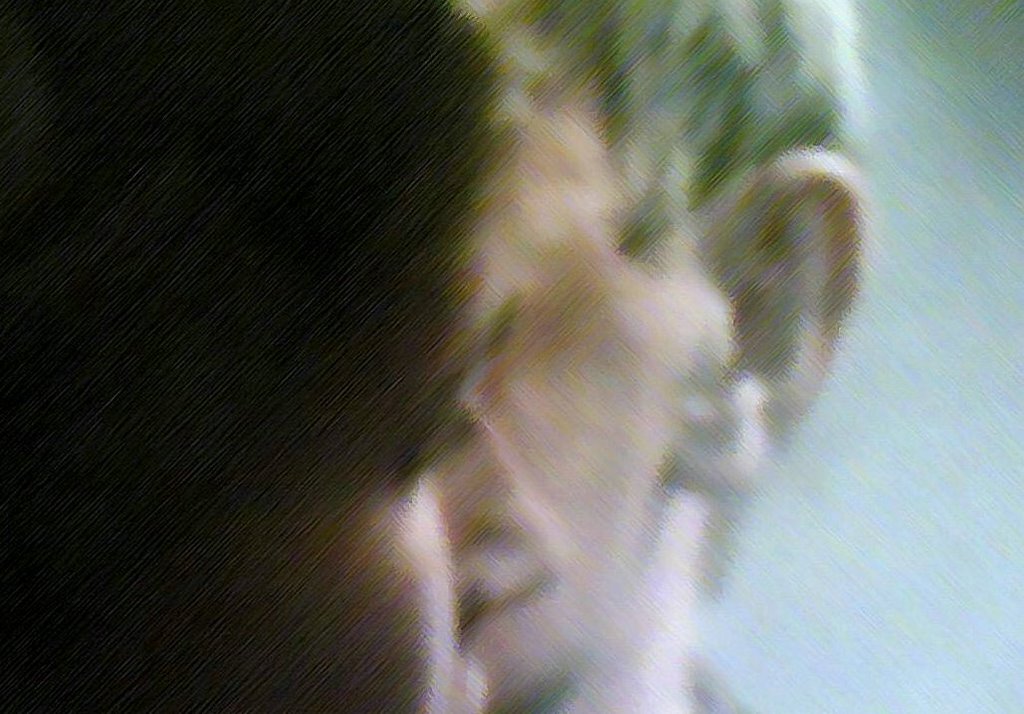 It was a means to escape an impoverished life. To provide a better future for her son, Tomas, whose father turned out to be a married man with four children. She was young and gullible then; desperately believing Mario’s drunken words of a blissful eternal love. But as soon as she uttered the word pregnant, Mario flew out of their love nest like a bat out of hell.

Nine years later came Mr. Stanley, a retired dockworker from Baltimore, Maryland. The two benefit checks he receives regularly, one from social security and the other from his Teamster pension fund, amount to almost a quarter of a million pesos a month. When he proposed marriage, Feliza, with just a hint of pretentious reluctance, said yes.

Even before the wedding, instead of the States, Mr. Stanley suggested staying in the Philippines, much to Feliza’s elation. With money earned from selling his house in Baltimore, Mr. Stanley bought a nice spacious bungalow with almost 500 meters of wrapped around lawn in a gated community in Quezon City. Feliza learned to drive and Tomas was schooled by the Jesuits.

Five years later, despite a comfortable life, Feliza realized she wasn’t happy; a common complaint amongst many local women who had married a foreigner for money.

She was as diligent as ever when attending to Mr. Stanley’s needs, but the old man was wise enough to feel the absence of true love from their relationship. Ah, true love, it was the one thing he sought in life since his young wife -- his first love -- was shot in the back as she ran from the Gestapo in a Jewish ghetto in Poland.

And since the war, what became an ardent obsession for Mr. Stanley was to once again experience the intoxicating joys of true love. Unfortunately, unable to find it, even from his Filipina wife, made Mr. Stanley irritable and contemptuous.

The old man would sometimes direct his bitterness on Tomas, making life miserable for the young man. Tomas has always been respectful of his stepfather; even too servile at times, but Mr. Stanley trashed it to fear more so than love. Old age and unfulfilled desires can certainly turn a battered soul into a harbinger of scorn and mistrust.

Nevertheless, he had adopted Tomas earlier on and had put aside more than enough money for him to study abroad. Hence immediately upon graduating from high school, the young man decided to go to New York to study Industrial Design at Pratt Institute in Brooklyn.

Feliza was saddened when his boy left for America, but somewhat relieved that he no longer had to suffer from his stepfather’s misdirected ire. Mr. Stanley missed the young man and felt bad for having been unreasonable with him at times; however, he thought, perhaps, now that the he's away, Feliza might learn to love me just a bit more.

Relentlessly bullied and taunted a bastard by the menacing kids in their old squalid shanty neighborhood took a toll on little Tomas; he grew up timid and withdrawn even after Mr. Stanley moved them to a swanky gated community. His room became his sanctuary, his studies his solace.

Even in his new college surroundings in Brooklyn he was reclusive; rarely venturing out of his studio apartment to participate in after school activities with his fellow freshmen. That is, until Mr. Ramos came into his life. A forty-something brawny man who walks with a slight limp and a demeanor that suggests impatience with life’s divine promise.

He works as a cook in Pasta Bella, a charming Italian pizzeria and restaurant nearby where Tomas rents an apartment. Indeed, the young man was happy when Mr. Ramos struck up a conversation with him in Tagalog. He usually walks with eyes fixed on the ground; barely noticing anyone, let alone Mr. Ramos who had always wanted to get to know him. Tomas was thrilled to meet another Filipino right in his own neighborhood.

Mr. Ramos told him he has been working at Pasta Bella for six years now since he arrived in New York. He was a seaman who jumped ship when they docked in a Brooklyn pier. That probably caused his limp, thought the young man in jest. Mr. Ramos has been evading the immigration agents since then.

Mr. Daliana, the old man who owns the pizzeria gave him a job as janitor. Mr. Ramos somehow reminded the kindly Italian man of his own father’s adventures from Sicily to New York before the turn of the century and took a quick liking to him. Mr. Daliana has since moved up Mr. Ramos in rank as one of his cooks in the kitchen.

The friendship between Tomas and Mr. Ramos grew auspiciously for both lonely souls. Mr. Ramos patiently brought out the young man from his shell, while Tomas brought back joy in Mr. Ramos’ dreary life. He terribly missed his own children back in the Philippines and has taken in Tomas as if he were his own son.

Eventually, the Daliana Family also got to know and like Tomas; he, too, ended up working in the restaurant on a part time basis. Tomas loves the crazy but nurturing atmosphere in that restaurant. The more time he spent in there, the more gregarious he became. By the time Tomas reached his senior year of college, he had made a number of friends and had acquired the skills to whip up some fine Italian dishes, including twirling a pizza dough.

Tomas also fell in love with Tina, Mr. Daliana’s granddaughter. It was a courtship blessed by her family. One Sunday afternoon, under the shade of an old weeping willow tree in Brooklyn Botanic Garden, Tomas proposed and Tina accepted with tears of joy in her beautiful blue eyes.

On the young man’s graduation, Feliza and Mr. Stanley came to New York for the ceremony. Tomas profusely thanked his stepfather for his generosity that allowed him to earn a degree from a prestigious college in New York. Mr. Stanley sort of waved him off; embarrassed by the young man’s profound gratitude. His mother whispered that Mr. Stanley has mellowed out the past couple of years; no longer cranky and bitter with life as he once was.

The party was held at Pasta Bella. It was closed to the public for that day. They had a deejay with his mobile music setup, lots of colorful balloons and plenty of both Italian and Filipino dishes and sweets prepared by Mr. Ramos and the entire kitchen staff.

The celebration was highlighted with the announcement of Tomas’ and Tina’s engagement. Thrilled by having detected true love shared by Tina and Tomas, Mr. Stanley excitedly announced that he would contribute generously for a grand wedding.

Towards the tail end of this boisterous celebration, unnoticed by all, out in the restaurant’s back alley by the exit door, Mr. Ramos and Feliza were engaged in a hushed, guarded conversation. They were trying to figure out how to resolve a dilemma that was suddenly presented upon them. After all, as Tomas’ real father, Mario Ramos has the right to attend his son’s wedding and be introduced as such to everyone.

posted by Señor Enrique at 7:28 AM

you have a different approach to story telling mainly narratives devoid of dialogue (i guess this is your style)but very effective.

beautiful expressions,plausible characters. i enjoyed it, thought ramos was a faggot/gay!

Nice short story, nice twist at the end makes the story for "Maalala Mo Kaya" or "Tiya Dely". Even my daughter who grew up here in Oz loves the stories in "Maalala Mo Kaya". This one is a definite candidate, with a nice twist at the end. Excellent writing! Maybe an anthology of your short stories would be nice. I was also thinking of a coffee book table of Manila with some of your excellent pitures and background stories... just wishing and dreaming.

Gee, thanks, Mario, but getting a book published is much harder than realized. But as they say, if it's meant to be .... :)

Nonetheless, I truly appreciate your taking the time to read my stories of fiction.

Thank you very much, Tina.

Coming from a professional writer, I am truly humbled by your kind words.