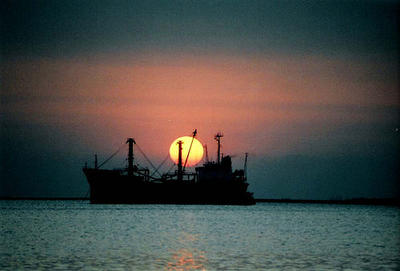 Although 25-year old Randy travels quite a bit, he calls Manila his home. In his College Yearbook Write-up (University of the Philippines Manila - BA Organizational Communication '03) one of his close friends wrote:

A classroom is just a room until he walks in, because Randy is the only person in CAS with class. Gifted with a keen eye for details, Randy has that knack for delivering comments that hit the mark every time. He is a man of many passions. His technical writing skills are such that he has been the only one who obtained a perfect score in a letter writing exercise. Good as he is with words, he is even better with a camera, with shots that can give Raymund Isaac and Earl Miller a run for their money. Randy also entertains fantasies of making it to the CIA, with his impressive collection of gadgets (you better make sure there are no bugs or worse yet, bombs, on you). Still, he has his feet firmly rooted on the ground, so he will just settle for being a speechwriter in Malacanang. A few more years, and Randy will be moving the president of the Philippines to tears of joy with his speeches.

Perhaps, one of these days he will share with us a sampling of his writing style. But for now, to enjoy more of this young man's photographs click:
http://www.flickr.com/photos/randyg/sets/160147/