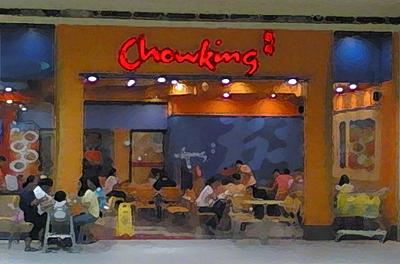 A balikbayan friend on vacation in Manila called to ask me to meet him at Chow King for a late night snack. We both like this place, which somehow reminds us of Little Quiapo, a once popular restaurant located somewhere in the university belt area. As he feasted on his congee while I on halo-halo, we spontaneously began trading when-I-was-young-and-stupid stories.

His best was when he flew to Lima, Peru to visit his parents during spring break. One afternoon, he told his parents he wanted to go out and check out some local sights on his own. The parents reluctantly consented as he promised to be back home in time for dinner. Well, unbeknownst to them, it wasn’t so much the local sights as the local homegrown cannabis that he was after. Spurred on by college friends before he left Boston, Seth anxiously went on his mission: to taste Lima’s local produce and give them a detailed account of its merits

He chose to approach a young streetwise-looking kid and attempted to ask him where he could cop a joint. He thought it was safer to ask a kid than an adult who might turn out to be a plainclothes policeman. The kid struggled to make sense of his Spanglish; however, with the aid of hand and head gestures, the kid soon got the gist of it. After another two more minutes of this cryptic conversation in hushed tones with animated gesturing, Seth handed the kid a five U.S. dollar bill. The kid quickly ran off to do his errand.

In less than fifteen minutes, the kid came back with a large paper bag filled with marijuana. Seth didn’t know whether to be ecstatic or involuntarily relieve himself because of fright.

All he wanted was one or two already-rolled joints. What Seth didn’t realize was that in Lima during the early 80s, five U.S. dollars would get you about five kilos of potent homegrown cannabis, not a couple of loose joints as in Manhattan. He was petrified that if caught with such amount, the Peruvian authorities could suspect and charge him with illegal trafficking; not to mention the ensuing embarrassment it would cost his father who worked for the government as a career diplomat.

He dared not touch that bag in which the kid nonchalantly left on the ground next to him. He nervously walked away from it and turned the first corner so as to disappear immediately from view. After a couple of blocks, feeling relieved he had escaped unscathed from that situation, he suddenly heard the kid calling after him with the large bag in tow. The kid must have thought he had absent-mindedly left it behind. Lucky for Seth, there was a taxicab waiting for a fare on the curb. He jumped in it and ordered the driver to floor it!

As always, retelling this story would prompt him to segue into an exhausting debate about a dated issue, the true mind behind Pink Floyd. At that point, I feinted sleepiness, but promised to pick him up early the next morning for a jog around Luneta.

Seth lives in New Jersey with his wife and three boys and works in Manhattan as an accountant. Recently, up for a dream promotion, he conveniently adopted the classic I did not inhale Clintonesque stance.

posted by Señor Enrique at 1:44 PM