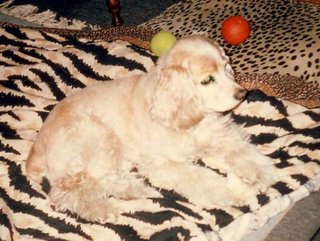 A man who had a heart attack while he was alone in his house was saved when his dog brought him the phone so he could call for help. However, it should be noted that for every one of these heartwarming stories, there's a million others where the dog just sits there like a moron and watches you die.


“Writers love Tina Fey because she's living proof of our own potential. When she was hired as a co-anchor for SNL's "Weekend Update," and even more surprisingly, became an overnight celebrity because of it, comedy writers everywhere took notice. Her improbable stardom confirms our suspicions that if we were only given a chance in the spotlight, we would prove once and for all that we are exactly as attractive and witty as we always suspected. Not many writers are as charming in person as they are on the page. But Tina Fey has proven that we, in our dreams, are not entirely deluded.” Read more...

posted by Señor Enrique at 5:05 AM